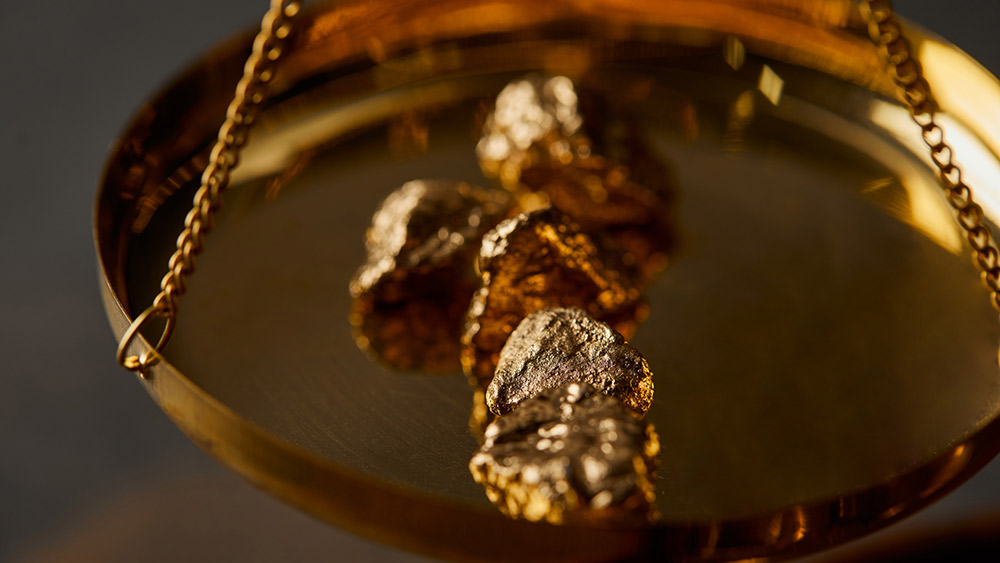 COVID-19 continues to spread at a worrisome pace, and by March 4th more than 90,000 people in over 20 countries had already contracted the virus.

And while shares on the Hong Kong stock exchange are being traded at their worst prices since 2004, the US30 index tumbled with more than 3%, the oil market continues to shrink and airlines cancel flights, gold is actually experiencing a long-unseen renaissance.

Despite that, some financial analysts argue that the inflated gold price for the past few months would actually end up hurting the market more than helping it.

Gold – the only victor in the COVID-19 fight

Close to three months have passed since the virus was first identified by the Chinese medical community. Since then, the markets turned into a rollercoaster of price upswings and downswings, and the past few weeks have been especially difficult for the shares and indices markets as traders and investors realised that the COVID-19 was not the fleeting threat that the world saw it as.

“There has been so much complacency in recent weeks from investors, despite clear signs that China’s economy is facing a large hit and that supply chains around the world are being disrupted,” commented Russ Mould, investment director at AJ Bell in an interview for BBC. “They may now be reappraising the situation.”

Meanwhile, the suspicions that the yen might not provide enough protection to investors deepened in the past few weeks after the virus also attacked the Japanese yen. But even this did not stop gold—another traditional safe haven in troubled financial times—to reach peak values over the past two months.

On 24 February, Monday, gold skyrocketed by 2,5% and reached the price of $1680 per ounce—the highest value recorded since February 2013. This sum represents a 10% growth since the start of the year, and some analysts even speculated that the metal could breach the resistance faced at $1700.

Meanwhile, business activity in the US dropped dramatically, also for the first time in seven years. And despite the high-profit margins, more and more investors are beginning to wonder whether the COVID-19-fueled growth of the precious metal may lead to negative long-term consequences for the market.

The gold deficit looms on the horizon

With gold’s price increasing, miners have collectively managed to boost the profits of shareholders worldwide, but in doing so they made an existing problem even worse. A problem that the gold mining companies have avoided discussing for many years on end—the fact that naturally-occurring gold deposits are about to run out.

The latter understandably worries investors who now ponder as to what could be the future returns of an industry whose growth is so closely intertwined with the fate of a finite (and drastically decreasing) natural resource.

Historically, the price of gold has often been influenced by a range of macroeconomic factors. Its latest jump to $1700, for instance, comes from the panic surrounding the Chinese coronavirus. The healthy financial performance of mining companies, however, is only smoke and mirrors—any news regarding significant progress towards stopping the virus risks crashing the metal’s price in a matter of hours.

At least in theory, provided we have a guaranteed, non-interrupted gold supply chain, similar periods of high market volatility would not pose a problem to investors since:

– When demand for the metal is high, traditional gold supply from mining companies will also be joined by an increased supply of melted gold from sold jewellery, gold ingots, etc. This, in turn, would help meet the needs of the respective industries.

– When demand for the metal is low, the low prices will encourage both banks and investors to stockpile gold as a precaution against a future economic crisis.

Simply put, while the supply from gold mining companies remains a constant, so should profits.

This, however, is not the picture that our reality is currently painting.

Earlier in February, Barrick’s CEO shared a shocking revelation despite the company’s satisfactory performance and the 4% shares price increase that followed. According to him, during 2020 and the year to follow, gold supply would reach its highest peak before slipping into a continuous downward spiral.

Even if the deadlines for all current projects are to be met, argued Bristow, their company has forecasted that, by 2029, the global gold supply will tumble by 30%. This is not news at all since as early as in 2015 The World Gold Council sent a warning that the market is close to peaking and will then enter a bearish trend during which the gold supply will increasingly dwindle.

And while the insufficient demand would undoubtedly drive the price of gold bars up, the profit margins of companies within the sector are likely to tumble greatly as they might be forced to mine either lower-grade (and thus cheaper) gold or hard-to-access (and thus more costly) deposits.

What impact does all of this have on mining companies?

In the past, the sector was criticised on multiple occasions for neglecting investments in more efficient mining technologies, routinely overspending on business acquisitions and for the ceaselessly growing pile of net debt.

Today, this tendency is still alive and well—as companies race to provide the highest dividends, they once again neglect to a large extent the investments in quality mining rigs, which serve to drive higher profit margins.

Because of this, many investors now feel forced to choose between short-term profits from dividends and supporting the industry’s long-term financial stability. According to Josh Wolfson, an analyst at RBC Capital Market, finding the middle ground between both of these investor mindsets will be key in determining the industry’s future.

Can digital currencies be considered an alternative?

What will happen when the deposits of one of the most popular safe havens in the history of the markets vanish from the world map? This is exactly what central banks are currently trying to answer. And the solution is increasingly pointing towards digital currencies.

In June 2019, the International Monetary Fund published the results from a survey that was sent to central banks from all across the world. From a total of 96 responses, 20% of the participants stated that they are now “actively considering” issuing their own digital currency.

In theory, such a move would expedite clearing and settlement services which, in turn, should reduce central banks’ dependency on the noble metal. In this way, digital currencies could have a major influence on gold’s pricing policies for the next decade to come and beyond.

The beginning of a new age

Despite the dwindling gold deposits, the precious metal still remains a reliable commodity for portfolio diversification and protection in times of high financial volatility—facts that are further reinforced by the current market situation caused by the coronavirus. The growing dividends provide another great advantage to gold mining companies, while any potential money invested in improved mining efficiency would turn the sector into an even more tempting investment.

As for the central banks and their proposed solution, only time will tell whether the issuing of digital currencies would prove to be an unsuccessful experiment or could lead to the permanent deletion of gold from the safe haven assets list.

Trade gold and shares of leading gold mining companies like Barrick Corp and Newmont Corp through an intuitive trading platform with over 50 instruments for market analysis.