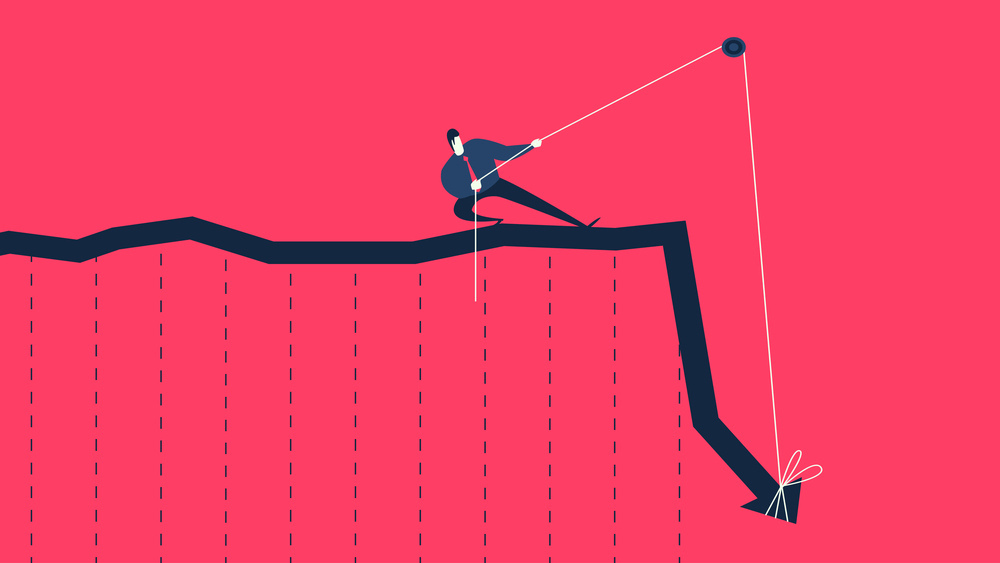 In a matter of months, the COVID-19 pandemic grew from a considerable health threat to a global financial crisis. What followed was a torrent of sell-offs and fund transfers to so-called safe havens, such as gold, government bonds, and the Japanese yen, which quickly weakened the stock markets to an extent comparable only to the worst of market recessions.

The en masse and almost simultaneous investor migration from medium- and high-risk financial instruments to traditionally strong assets in times of crisis inevitably had us asking the question: what are the hidden risks of investing in safe havens in 2020?

Historically speaking, markets have always been a home to high-risk assets and assets that offer protection (and, sometimes, even profits) to investors in times of war, market crises and other similar events that could have a detrimental effect on the global economy.

With time, some of the most popular “safe haven” assets have become:

At first, this list seems to offer plenty of diversification and hedging opportunities to investors in extremely volatile market conditions. All of this, however, changed when COVID-19 unceremoniously entered the markets.

What JPMorgan & Chase’s research has shown

Last month, a team of analysts at JPMorgan & Chase argued that safe haven assets may no longer offer the same level of protection that they once provided to investors worldwide. According to the bank’s recent findings, many of the traditional safe havens have performed much worse in September than anticipated. What’s worse is that the price of all these assets slid to lows not recorded in more than a decade.

“For those looking for hedge protection, this typical basket of defensives is functioning about as well as fire insurance that covers just one bedroom in the house.”

Much like many others before them, these experts also warned that U.S. government bonds have been offering diminishing diversification opportunities ever since the Federal Reserve brought down the interest rates to near-zero earlier this year.

2020 – the year when gold became a speculative tool

The Federal Reserve’s aggressive monetary policy and its decision to keep the interest rates low as a way to combat the devastating effects of COVID-19 led to one of the yellow metal’s best performing years. Since the start of 2020, the value of gold has risen by approximately 25%, and a historic high was achieved inAugust (over $2000 per ounce).

Gold’s strong performance split investors into two camps: those who believe that the precious metal still offers them sufficient protection in the current economic climate, and those who hold the opinion that the market is becoming as volatile as the stock markets.

The high volatility throughout 2020 has stripped gold of its safe-haven status. | Source: DeltaStock

The main doubts about the reliability of the precious metal stem from the fact that, throughout this year, we have witnessed increased speculation with derivatives and shares of companies with low, zero or even negative profits.

According to Simon Mikhailovich, co-founder of Tocqueville Bullion Reserve – a company that stores physical gold for private investors and institutional clients – the precious metal is able to protect investors mainly because it is isolated from the global financial markets. What we are currently observing are attempts by market participants to invest in gold through a variety of financial products, such as exchange-traded funds, that enable traders and investors to speculate on the price of the precious metal, without physically owning the asset.

In addition, according to other sceptics, the easy access to the financial markets, made possible by the advent of trading apps, has made gold investments a much more accessible venture to beginner traders, and only served to further inflate the price of the noble metal.

Cryptocurrencies – a promising, but not good enough of an alternative

Given the recent financial turmoil, it’s no wonder that more and more investors are actively searching for more stable diversification alternatives. In recent years, the Bitcoin cryptocurrency has been, on many occasions, touted by analysts as the latest addition to the safe haven ranks. However, one look at the cryptocurrency’s performance for 2020 will reveal that its COVID-19 price crash almost coincided with that of the stock markets.

Cryptocurrencies have many strengths, but financial stability is not one of them. | Source: DeltaStock

And while Bitcoin somehow managed to recover a big portion of its original value in August after its initial slide to $4000, the sudden price fluctuations it experienced along the way prevent the cryptocurrency from achieving safe-haven status. Another reason why Bitcoin cannot be used for hedging practices is that it is very difficult for someone to exchange it for any other national currency, compared to cashing in a check or withdrawing money from an ATM.

What else can investors do to protect their money?

With everything said so far, you may be left with the impression that market havens are vanishing by the day, while investors are increasingly coming to terms with the thought of missing out on potential opportunities in favour of safekeeping their money “under the blanket”.

However, there is still no real reason for investors to entirely strike-off safe havens as a viable financial strategy. They will, however, need to change their current investment approach if they hope to improve their chances for success. For instance, the JPMorgan & Chase team is encouraging the simultaneous use of all available safe havens in order to avoid full loss in the event that the investor has chosen to put all their eggs in one basket.

Some of the asset combinations that the bank recommends are:

– The Japanese yen against all other currencies

– Gold against all other currencies

– The U.S. dollar against currencies of developing markets

According to the bank, these baskets are a good option due to the fact that they report increases of 60% to 80% against some of the more significant declines in the stock market. Other analysts also suggest studying the shares of companies that offer sustainable and growing dividends, as the global total bond yield is currently sitting below 1%.

All parties, however, unanimously agree on one thing: a complete overhaul of the traditional investment model, in which the portfolio consists of 60% equities and 40% government bonds, is needed – one that also has to be adapted to the new conditions imposed by COVID-19.

Open a free demo account with €10 000 through Delta Trading. With a demo account, you can trade any of the asset baskets, recommended by JPMorgan & Chase, as well as a variety of other instruments, in a real market environment, without risking real funds.