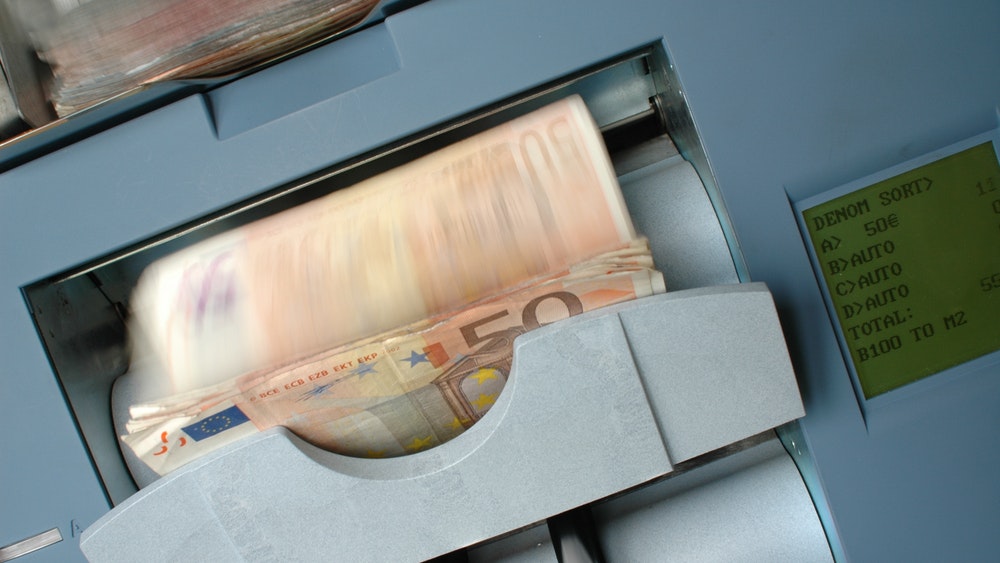 Why is Bulgaria’s admission into the ERM II so important?

As a member of the EU, the adoption of the euro as a national currency is obligatory, although without any imposed deadlines. The day on which the currency is adopted will depend on when a given country decides to join the European Exchange Rate Mechanism (ERM II), also known as the euro area’s “waiting room”.

“Bulgaria’s admission [into the euro area’s waiting room] is a historic moment, which will bear great importance for the future of the nation, unite us as people, and give our country an unprecedented level of authority which it did not previously have when participating in European affairs and which far outweighs the size of our nation and the scope of our economy”.

Before it has a chance to adopt the euro or even enter the “waiting room”, a given nation is required to comply with a number of regulations, as well as to introduce major changes in its financial sector, if such are needed. The preliminary euro adoption stage lasts for three years. In Bulgaria’s case, that means the euro is expected to replace the Bulgarian lev in 2023.

What is the ERM II and how does it work?

Established on 1 January 1999, the ERM II exchange rate mechanism aims to ensure that the floating exchange rate between the euro and other currencies within the European Union does not undermine the economic stability of the unified market. In addition, the ERM II also acts as a regulator, the requirements of which must be met by any country wishing to join the euro area. Lithuania is the last country to replace its national currency with the European currency, bringing the total current number of euro area member states to 19.

The way the ERM II works is simple—the currency of each EU member nation should be pegged to the euro, while any fluctuations between the two currencies should not exceed certain limits. For example, Bulgaria is expected to maintain the lev exchange rate in the range of give or take 15% compared to the central rate, which in this case will be BGN 1.95583 per euro. However, since the BGN / EUR exchange rate has been pegged through a strictly managed currency board, this 15% range is more of a formality than a real issue.

Why did Bulgaria postpone its entry into the euro area?

The country started preparing for the ERM II as early as in 2018, with Bulgaria being expected to become the latest addition of the ERM II and the banking union in mid-2019. But while the government carried out many successful reforms, the delay came after the European Central Bank (ECB) uncovered a severe shortage of capital by First Investment Bank (FIB) and Investbank, as well as that the banking legislation in the country did not meet the requirements of the banking union.

The main requirements for entering the ERM II are primarily related to the:

– Supervision of the non-banking financial sector

Efforts to join the euro area have also been delayed due to the coronavirus pandemic. In April this year, the deadlines were extended to provide the necessary capital for First Investment Bank (FIB), the last condition of the European Union, standing between Bulgaria and its admission into the ERM II. The condition was met in June through the purchase of a part of Fibank’s newly issued shares by the state-owned Bulgarian Development Bank.

How Bulgaria benefits from joining the euro area

The positive effects of this union are many, and some of them have already kicked into high gear from the moment the nation joined the ERM II. Let’s take a look at what these are.

Bulgaria’s admission into the bank monitoring system within the euro area will improve investor and consumer confidence in the banking sector and limit attempts at money laundering and other bad practices.

The nation’s membership in the ERM II will also connect the bridges between the Bulgarian National Bank and the ECB, which will lead to closer cooperation between the two institutions. This, of course, will also result in tighter monitoring on behalf of ECB on Bulgaria’s major banks—a provision that will enter into force on October 1st, 2020.

According to experts, the tightening of regulations and the stricter monitoring of the banking sector will give Bulgaria some guarantees and a piece of mind in the turbulent financial situation that the world is currently finding itself in.

According to Bulgaria’s former Minister of Finance Nikolay Vasilev, the nation’s membership in the ERM II will “change its international image and the way it is perceived by business circles around the world.” A number of financial experts share a similar opinion, stating that Bulgaria’s active participation in the euro area will lead to a boost in its national credit rating.

A good national credit rating is important because it enables the state, businesses and citizens to borrow money at lower interest rates. It also facilitates direct investments in the country’s economy.

According to a report, prepared in April 2018 by the Bulgarian Institute for Market Economics (IME), joining the EU’s monetary mechanism will “involve commitments to structural changes whose aim will be to ensure a “high degree of sustainable convergence”, as required by Art. 140 of the Treaty on the Functioning of the EU.” The Institute is of the opinion that the expected cumulative effect of each reform is likely to be comparable to that of the 1997-2007 period, when the country enjoyed good economic growth thanks to the reforms and preparations made prior to its admission into the European Union.

In the same IME report, it is stated that Bulgaria’s admission into the ERM II will give it access to the euro area’s common funds, including the €700 billion European Stability Mechanism, the unified mechanism for restructuring troubled banks, and access to liquidity and refinancing schemes by the ECB. This, in turn, would protect the country against future crises and significantly limit the risks to its banking system.

“Bulgaria’s entry in the euro area is a kind of an anti-crisis measure, which will help us get out of the crisis easier. . . . The big positive effect of joining the euro area will be felt in the real sector of the Bulgarian economy—that of attracting new industries and services (outsourced jobs).”

Bulgaria will become a magnet for new investments

According to experts, our acceptance into the ERM II will lead to a new influx of foreign investors, all the while improving the optimistic outlooks of local businesses, which will now be able to more easily secure financing.

Another positive of the euro area membership is the reduced currency exchange transaction costs and bank transfer fees. According to another study done by the IME, the saved foreign exchange costs in the foreign trade sector alone would exceed €450 million on an annual basis.

Bulgaria and the euro area: myths and speculations

Since Bulgaria’s decision to join the euro area was first announced, critics have repeatedly stated several key points in favor of keeping the lev which, however, are rather exaggerated. Let’s look at what these myths are:

– Joining the ERM II will lead to higher inflation rates (rise of at least 1%). According to the ECB, the Organization for Economic Co-operation and Development, and other institutions, the observed pro-inflationary effect following the adoption of the euro by the various member states was no more than 0.3%.

– The economy will slow down. A comparison made between Central and Eastern member states of the euro area and those outside of it has revealed that the more recent members have not seen a decline in economic development as a result of adopting the euro. In fact, it was quite the opposite—they were growing.

– Bulgaria will follow the fate of Greece. Our country has 7 times lower government debt than our southern neighbor, as well as higher economic growth on an annual basis, which makes this statement extremely exaggerated.

Of course, not all opponents of Bulgaria’s upcoming euro area membership rely solely on myths. According to Steve Hanke, a prominent American economist and professor at the American Johns Hopkins University, also known in Bulgaria as the “father of the Bulgarian currency board”, the main disadvantage of a single-currency zone, such as the euro area, is that it could lead to а weakened fiscal discipline:

They cannot take money from the central bank. This is a firm budget constraint. That is why, ever since 1997, Bulgaria has been doing great from a fiscal point of view.”

Another argument of the American professor concerns the deprivation of Bulgaria’s sovereignty as far as its monetary system is concerned. According to him, “if something bad happens to the euro, Bulgaria can change the reserve currency to the U.S. dollar, gold, or to another currency.”

Concluding a currency pact with other euro area members, in turn, would mean sending most of the nation’s foreign exchange reserves to Frankfurt, which “will be partially controlled by the EU and the European Central Bank.”

Most experts, including the researchers at IME, unanimously agree that Bulgaria’s entry into the ERM II is a step in the right direction as the country has already left the group of countries with excessive macroeconomic imbalances, while its credit rating has recently been raised. If this opportunity is missed now, experts argue, it is possible that many more years will have to pass before Bulgaria is given a new opportunity to enter the euro area’s waiting room.

What will be the real consequences of adopting the euro remains to be seen. One thing, however, is clear—Bulgaria’s participation in the ERM II will require many decisive changes in its financial system, with the aim of ensuring better transparency of Bulgaria’s finances both before the EU and local businesses and citizens. Bulgaria has already approved the change of more than 15 laws since its initial request to enter the euro area.

See how the euro performs against the U.S. dollar and other currencies completely free of charge! Deltastock allows you to trade CFDs on euro against all major currencies, such as the U.S. dollar, the British pound, the Japanese yen and the Swiss franc, in a real market environment and without the risk of losing funds.