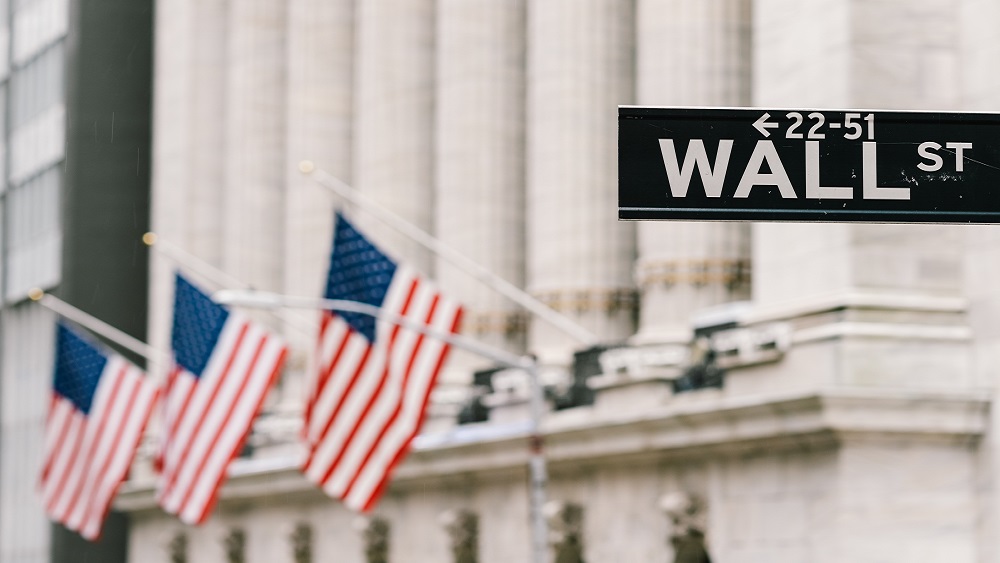 In the House of Representatives, it has a small minority, while in the Senate the seats are divided equally between the Republican party, but the vote of vice president Kamala Harris gives it a narrow lead. This means that, even though the so-called “Blue Wave” did not reach its full might and the Democratic party only has a narrow Congress majority, a large part of Biden’s initiatives and policies would likely still be supported.

But what will this mean for investors?

A little bit of history

Historically, markets react more positively to the news of a victory of a Republican candidate, because it is believed that the Republican party is more business-oriented and, respectively, this will be more beneficial to the financial markets. But reality shows that markets, in general, perform better with Democratic presidents in charge.

“When we do see a political influence, it is not what might be expected,” Brad McMillan, chief investment officer for Commonwealth Financial Network told the business publication Kiplinger. “The average Republican administration over that time period saw gains of 3.5% per year, while the Democrats saw gains of almost twice as much, at 6.7% per year.”

And since 1993, when the Democrat Bill Clinton started his first term, prices of U.S. shares rose an average of 14.5% while Democrats controlled the White House, and only 3% under Republican rule. 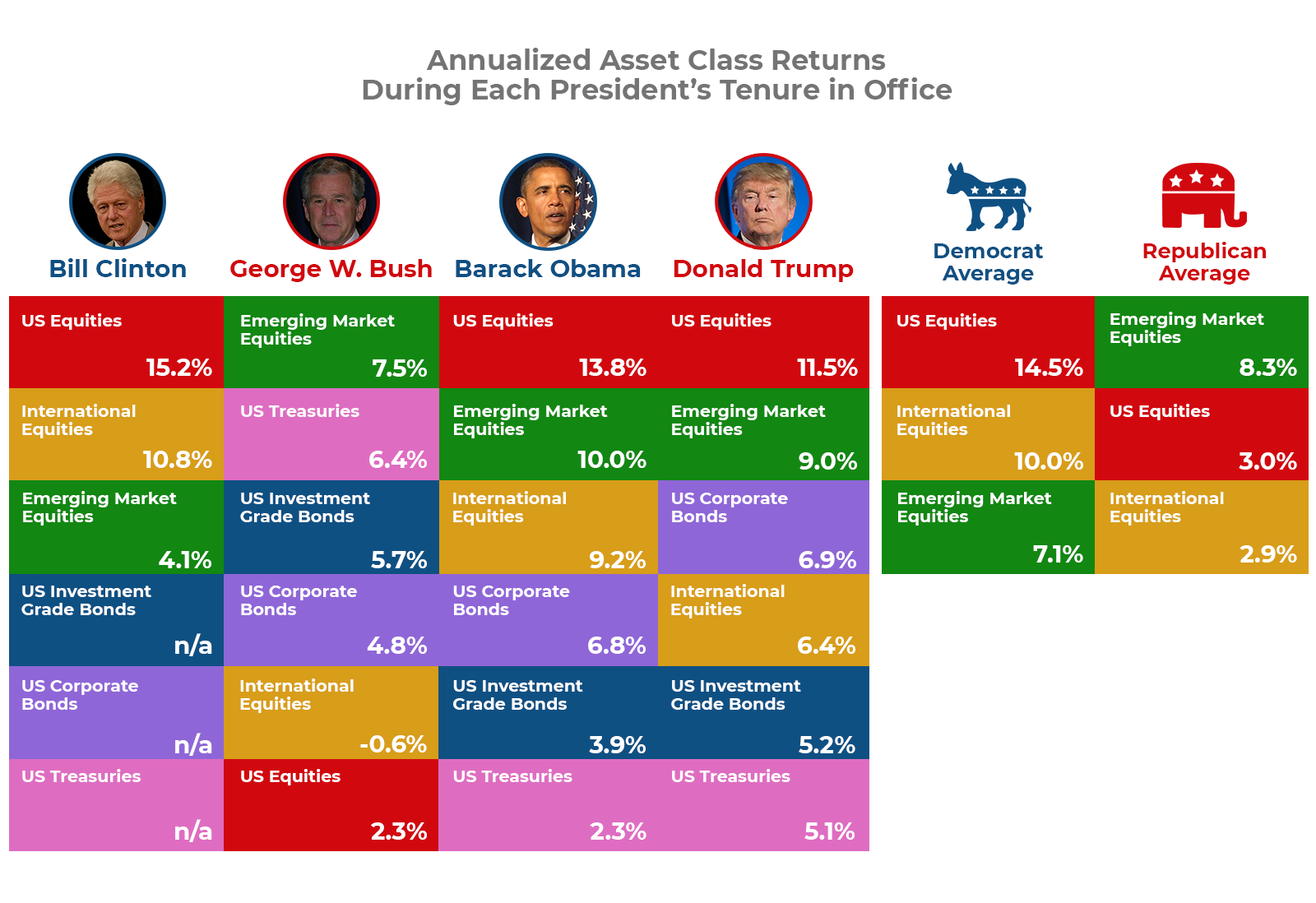 Source: DeltaStock | Based on Ycharts data

Naturally, there are exceptions to this rule. On the other hand, the Ycharts data shows that the other major U.S. index, the S&P 500, traditionally rises during Democratic presidential terms.

A look at the present times

The current “Blue Wave” was met with mixed feelings by the markets. The news of the Congress majority of the Democratic party, however narrow, sent the Dow Jones futures up and the Nasdaq100 futures down. The explanation is that the “old economy” will most likely benefit more from the government stimulus packages, while the technology companies might face an increase in corporate tax and stricter regulations.

Another investor worry is that the new government will encourage the “green” economy and will attempt to introduce wealth redistribution policies. Such things are not much to the taste of Wall Street.

But for now, the technological companies regulations, tax rises and wealth redistribution are postponed for later, as there are far more pressing problems. Furthermore, the more progressive environmental policies, tax hikes and the minimum wage rise would require wider support from both parties and the more radical ideas may not sit well with the moderate Democrats and even less so with the Republicans.

Analysts are unanimous that in the next few months the Democrats will focus on stimulus packages and direct payments to the cash-strapped and jobless Americans and will avoid changes to the tax policies. What will happen after that is still too early to tell.

“We consider it unlikely that the new Treasury secretary, Janet Yellen, would pursue policies that could stifle the U.S. economic recovery. Given her dovish leaning, her focus will likely be on more stimulus instead,” Holger Schmieding of Berenberg Bank told The New York Times.

And, indeed, even before the inauguration, Joe Biden announced the so-called “American Rescue Plan” worth $1.9 trillion. It includes support for the small business which suffers the most from the coronavirus pandemic, increased unemployment benefits, a $1400 direct payment to most Americans and additional spending for coronavirus testing and vaccines. In Biden’s words, this is only the beginning and most likely there will be more money on the way to stimulate the economy.

And some analysts are even optimistic. “A ‘blue wave’ might not be a bad outcome for markets as decisive fiscal action will help to accelerate economic recovery,” said Vasu Menon, investment strategy executive director of OCBC Bank, Singapore, quoted by Reuters. “This will be broadly bullish for risk assets, particularly equities, credit, commodities, and emerging market securities.”

Who will prevail – pessimist or optimists – we’re yet to find out. But if you’ve already made or will be making investment decisions based on the U.S. election results, do not forget that, regardless of who holds the power, that this is only one of the many factors determining the market movements. Also, keep in mind that, in most cases, the actual performance of the markets is far less dire than the media headlines make it out to be.

Trade leading U.S. indices, such as US30, US500 and USTECH100, with a free €10,000 demo account. Test your trading strategies in a real market environment, without the risk of losing real funds.