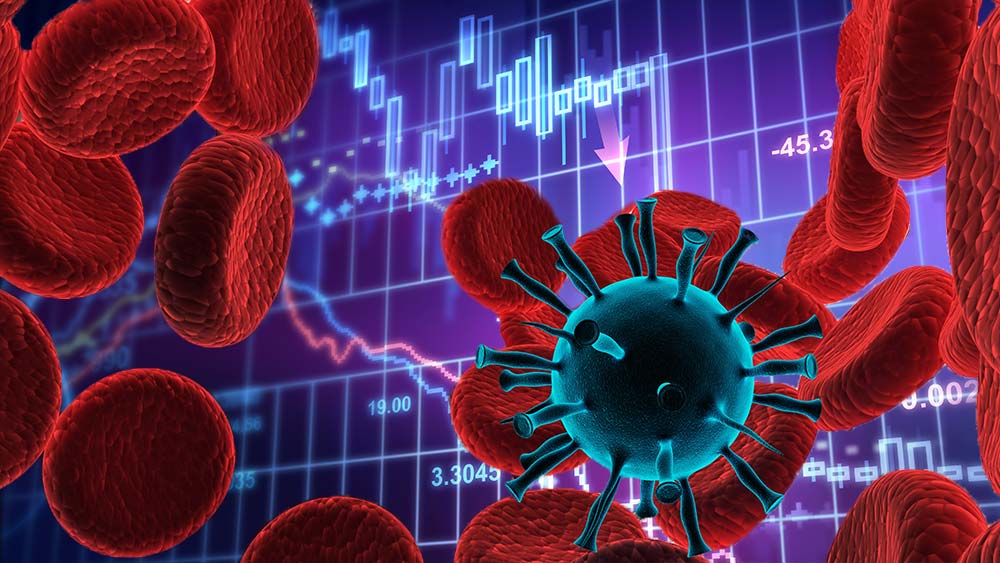 Currently, the world is in a state of panic not witnessed since 2003. Back then, a severe acute respiratory syndrome (SARS) infected over 8000 people, caused the death of 774 citizens from 17 countries and went down in human history as “the crimson death”.

Now, amidst an endless stream of TV and social media news regarding the new Chinese virus, a troublesome trend emerges—the panic-inducing idea that the SARS story might repeat itself.

Here’s everything we know about the virus so far.

What is a coronavirus?

The World Health Organization (WHO) defines the coronavirus as a member of a larger family of viruses, all of which cause a wide variety of symptoms: from a seemingly harmless cold to severe respiratory infections. Usually transmitted between animals, in some rare instances, this virus can also infect humans.

This is exactly what happened in the Chinese city of Wuhan, which quickly became the hotbed of the new virus outbreak. According to experts, the virus is a byproduct of the illegal trades of wild animals that frequently occurred on the local seafood market.

It has been estimated that the virus’ incubation period ranges between one to fourteen days, as well as that the virus can spread even if the host is asymptomatic (i.e. that person displays none of the typical symptoms associated with the virus). The symptoms themselves include high body temperature, heavy coughing, and pneumonia and in some cases, this infection may also lead to the host’s death.

The news so far

The virus, officially known as Covid-19, has been spreading since the start of this year. Most of the infected people reside within Wuhan and its vicinity and are placed under quarantine. The Chinese government was quick to take active measures by declaring a state of emergency, extending the Lunar Year holiday for both the citizens and the markets, imposing heavy restrictions on international air travel and tackling the ambitious project of building 2 hospitals in Wuhan in just 7 days.

At present, the quarantine affects the lives of 60 million Chinese residents. There are also over 50 documented cases of the illness abroad, including in France, the US, Japan and Germany. So far, one person has died, while most of these patients have successfully recovered. Still, the virus has proven to be quite deadly—the first week of the outbreak saw the death of 25 people, and by February 11th the death toll amounts to over 1000, with another 43 000 people being infected.

You can view the latest data on Bloomberg’s website.

Understandably, all this panic spilt into the global markets as well. According to analysts, by January 29th the virus had managed to erase $1.5 trillion in market cap from the global stock markets. This drastic decline is mostly the result of traders’ and investors’ negative sentiments on the stock markets—frightened by the coronavirus news, many of them chose to sell off their company shares, which eroded the price of the respective companies.

Two weeks ago, for example, the shares of the technological giant Apple plummeted by 3% after such a sell-off wave. The situation at Walt Disney and Nike was no different as at around the same time their shares also plummeted by 2.8% and 3.6%, respectively.

Other affected American companies include:

On February 11th, Tuesday, the stock markets and especially that of Japan surprisingly rebounded and started posting record highs at a time when many flights are still being cancelled, companies postpone events in order to protect their employees, and investors are still trying to assess if the initial negative impact of the virus has passed.

The fear of the fast-spreading virus did not go past the German, French, and Japanese markets either. On January 27th, Monday:

On that same Monday, traders witnessed the biggest single-digit decline of US30 and US500 since the beginning of last October which, in turn, created good buying opportunities in the shares of 14 companies with significant presence in mainland China. Indices are financial instruments that include a specific selection of shares. When the prices of shares within an index fall, so does the overall value of the index.

Meanwhile, Chinese authorities had also temporarily seized trading on the Shanghai and Shenzhen stock markets until February 3rd in an attempt to curb the rising panic among the citizens. Despite that experts think that this tactic won’t work for long because of the damage that the virus had already done to the country’s economy—both the Chinese and the Hong Kong indices erased 4.18% and 3.59% from their respective market caps two weeks ago.

Traditionally, this sector’s performance tends to worsen during the flu season. This time around, the situation is not really that different—the rapid spread of the virus had a significant impact on the market value of some Chinese and foreign airlines. The chief reason: a mounting number of cancelled reservations. China Easter Airlines, for example, had 13% of its value erased in just 5 days.

Some of the American airlines that are most affected by the virus are:

“Past experience of market performance around such events suggests that markets tend to bottom with the peak in new cases and news flow,” wrote Mixo Das, an equity and quantitative strategist at J.P. Morgan Asia, in his research report.

Two Mondays ago the tourism sector, spearheaded by Booking and TripAdvisor, was also shaken by news about the coronavirus after several hotel chains, casinos, and other businesses in the sector reported drastically reduced attendance rates. In fact, Booking even shaved off 3% of its market cap. Other companies that have been affected by the outbreak include:

– Hilton Worldwide (decrease of close to 3%)

The virus has undoubtedly slowed the economic development in China, which had a significant impact on barrel prices seeing that the country is still considered to be the biggest oil importer (10,12 million barrels per day for 2019).

The growth of this strategic resource, which has been facing difficulties over the past three months due to the drone attacks on Saudi Aramco and the American embassy in Baghdad, receded even further on January 27th at about 5:45 EET after Brent futures collapsed to $58,73 per barrel.

“Supply risk has been tested in acute fashion over recent months, but the coronavirus presents the first major severe test to demand in years,” stated in late January RBC analyst Michael Tran in a note to clients. “Concerns surrounding the virus and the negative impact on demand have taken the oil market hostage and have sent oil prices on a five-day losing streak.”

Bronze was among the assets that withstood the most damage by the outbreak—the virus erased 8,5% from the metal’s market value, which now reached $2,59 per kg in addition to a whopping 9,9% from that of nikkei ($5,70 per kg). Other popular industrial materials, such as zinc and aluminium, have also been heavily affected by the latest coronavirus developments.

When we take a look at gold, however, we see a whole different story. The precious metal, which added $20 to its value per ounce in January, recently reached a peak price of $1,585—the highest it’s ever been for the past seven years.

“For metals and bulk commodity demand, we see a slightly weaker February-March than may have been anticipated, but limited changes to expectations for the year as a whole,” stated BMO Capital Markets analysts two Mondays ago.

While some sectors are clearly weakened by the virus’ presence, that’s certainly not the case with the pharmaceutical industry. For instance, on January 30th Lakeland Industries—a company specialising in the development of personal protective equipment for healthcare personnel—reported a share price increase of over 25%.

Naturally, investors could expect even higher peaks from companies that are directly involved in the fight against the new epidemic. An example of such a company is Novavax, which produces medicines for battling various virus strains. In addition, it also develops programs for the early and timely detection and diagnostics of the Dengue and Ebola viruses. All these factors eventually helped the company achieve 73% growth on January 28th, Tuesday.

Is all this worldwide panic warranted?

Scared by the everpresent media coverage and social platforms, at the moment investors are understandably shifting their focus to haven assets like gold and the Japanese yen. Is there any reason to believe that we’re about to witness a global pandemic, though? In the paragraphs that follow experts will share some insights as to why the chances of that happening are slim.

We’ve successfully fought similar viruses in the past

The big unknown, for the time being, is how infections and deadly the virus is. And while no doctor is able to deliver an accurate forecast just yet, a quick trip down memory lane will reveal that humanity has battled much deadlier viruses in the early 2000s.

“All three outbreaks [Ebola, SARS, MERS] were contained before they could have a significant impact on the global economy or financial markets around the world,” commented Ed Yardeni of Yardeni Research. “We expect the same outcome with the current outbreak.”

Today, medical specialists can take advantage of this rich experience to curb the spread of the virus much faster than ever before.

People tend to overreact to events of this nature

Every time the word breaks out that there’s a new virus on the loose, the news is blown way out of proportion by both TV media coverage and social networks. Also, the Internet has a well-known reputation for circulating many unconfirmed rumours, which typically spread much faster than the virus ever could.

Another reason for this irrational fear is that the virus strain is something scientists haven’t encountered before. Why irrational, you ask? Up to this moment, the coronavirus has claimed the lives of 1000 people. However, just in the US alone, over 34 000 die each year due to a wide range of viruses—a fact that is equally ignored by both the US community and the financial markets just because this has been “the norm” for quite some time now.

Looking to become a trader, but lack the experience to enter the global markets? Open a Delta Trading demo account and bring all your strategies to life in a real market environment, without risking any money.