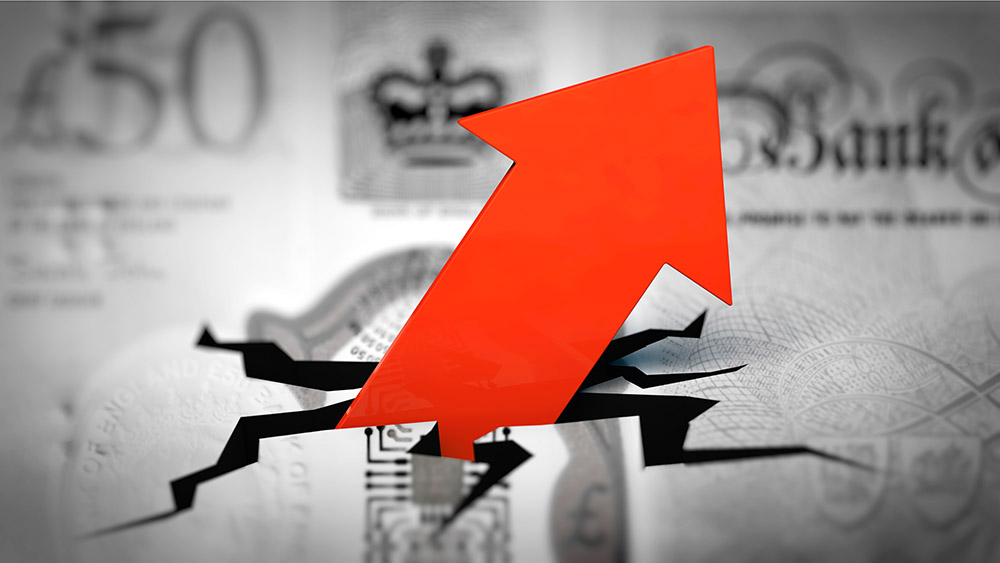 With close to 250,000 more UK households now facing destitution despite the lowest unemployment figures in almost 50 years, most economists unanimously agree that the country has a 40% chance of entering a recession before the year is over.

It’s already May in the UK, but the horizon only seems to grow cloudier by the day. Year-on-year consumer price index inflation hit 9% in April, up from 7% in March. And while this reading is below economists’ initial forecasts for a 9.1% increase, it still doesn’t change the fact that the nation is currently facing its hottest inflation since 1982.

Put simply, inflation is currently over twice as high as the basic wage growth in the country, visibly diminishing consumer spending power and effectively adding almost £2400 to the bills of the average household this year, according to Bloomberg Economics’ calculations.

The UK’s Office for National Statistics shared that the majority of this sharp increase came from the rapid rise in utility bills due to the ripple effect on the nation’s economy from the war in Ukraine. This means that the 12-month inflation rate for gas was 95.5%, that of electricity – 53.5%, while both petrol and diesel prices posted record highs in April.

As the government reverted the value-added tax back to normal following the pandemic, other sectors also started to feel the heat. These include:

– Recreation and culture: price increase of 5.9%

– Restaurants and hotel services: price increase of 8% (the highest since 2006)

The Bank of England did not offer any words of encouragement, either, after it forecasted consumer inflation to hit 10% later this year, and especially after Governor Andrew Bailey’s statement that the central bank is powerless in the face of inflation and that it could only effectively tame about 20% of it.

Earlier this month, the BoE hiked interest rates to 1% from 0.75% –  the highest level since 2009, but despite the bank’s best efforts, what Wednesday’s data suggests is that it may have to raise rates even higher if it hopes to have any chances of cooling off inflation in the long term.

Seize the opportunity – trade GBP/USD and nearly 80 other major and exotic pairs as CFD with tight spreads, no hidden fees, and attractive leverage.

Posted in Investments and tagged Delta Trading, ECB, GBP/USD, governor Andrew Bailey, record inflation in the UK, trading CFDs on forex, UK's CPI climbs to 9%, will the UK manage to tame its inflation.