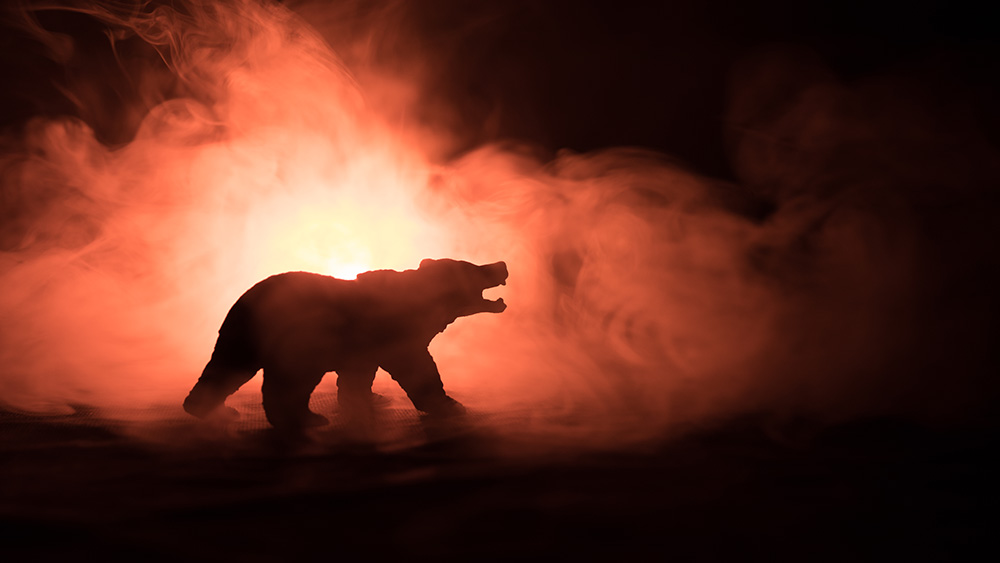 A bear market, or the period when stocks lose their value for a prolonged period of time, can no doubt sound scary to first-time investors. And while every market goes through this cycle at some point in its lifespan, the good news is that the bulls far outlive the bears when it comes to longevity.

So, what are bull and bear markets, what causes a bear market, and what can you do to protect your portfolio when all of your assets seem to be headed towards record lows?

What is a bear market?

Broadly speaking, traders and investors, also known as market participants, are split into two groups: bulls and bears. Bulls typically purchase shares when they are confident that the market will rise in value. The bears, on the other hand, are overly pessimistic of the market’s economic prospects and will start selling their assets as soon as they sense any trouble ahead, causing prolonged declines as investors scramble to sell off all they have to minimise losses.

By textbook definition, a market is considered to be bullish when its value has grown by at least 20% from its 52-week high. Conversely, a bear market occurs when its value has plummeted by at least 20% below its 52-week high. It’s worth mentioning that the bear cycle can affect both broader markets, such as the US500 and the US30 benchmark indices, and individual assets, such as the shares of Tesla, Apple, Amazon or Meta.

Another thing to note is that, if the market doesn’t pass the 20% threshold and instead declines by 10% or 15%, this event is known as a “market correction”, or a temporary price reversal, meaning that it still has a chance to turn around and recover its losses.

The four phases of a bear market

Generally, bear markets have been known to go through four phases.

1. Phase one: high prices and investor sentiment abound. However, as the market nears the end of this phase, investors increasingly begin to drop out by selling their assets.

2. Phase two: stock prices take a huge hit, trading activity slows down, and most economic indicators turn from positive to negative. During this phase, investors tend to ignore good news and continue with the sell-offs, further putting pressure on the prices.

4. Phase four: in this last stage, the price decline starts gradually slowing down. Eventually, the affordable prices and the influx of positive news attract investors back and the once bearish market turns bullish.

Why is it called a bear market?

There are several theories passed around the trading floors, the most believable of which has to do with bearskin traders. In the past, some U.S. traders would charge a premium for fur they did not yet own (or even paid for) in the hopes of buying them on the cheap from trappers, and this shady practice eventually led to the market’s demise.

According to Wall Street, it’s also called that way because it mimics the downward swipe of a bear’s claw. Yet another theory suggests that the term can be traced back to the animal’s ability to hibernate or to enter a state of deep slumber, not unlike a declining market.

What causes a bear market (and how long does it last)?

Statistically speaking, bear markets tend to last from a few weeks up to several years, although extremely prolonged bear periods tend to be few and far in between. Some famous examples of such prolonged bear markets include The Great Depression that swept the world economy between 1929-1939, the dot com bubble of 2000, and the housing crisis of 2007-2008. In other words, a bear market tends to precede or follow a recession.

There are many factors that can cause a buyer’s market to become a seller’s market. Chief among these are high interest rates, surging inflation, geopolitical conflicts, and a global economic slowdown, all of which the world is currently experiencing at the time of writing this article. Once a market crosses the negative 20% threshold, it tends to drop even deeper than that for a sustained period of time that usually feels like forever. This period is often marked by sporadic “relief rallies” that ultimately reach a dead end until eventually, prices drop low enough for investors to re-consider entering the market and turning the ship around.

A bear market is considered to be over once the gains have been sustained for at least six months and have surpassed the lowest point by at least 20%. The good news is that the faster an asset enters into a bear market, the quicker it will exit the cycle. For example, it took the stock market just six months to fully recover its losses when the COVID-19 pandemic first hit in March 2020. In addition, there are many cases when the stocks have taken a heavy beating, but the economy has been left virtually intact.

Are we currently in a bear market?

It is no secret that the 2-year bull run that the global economy had enjoyed up until recently is over. The combined effects of rising interest rates, high inflation and energy costs, the war in Ukraine, and the recent slowdown of China’s economy due to the pandemic have Wall Street and the Fed scratching their heads as they try to find the best way to lead the markets out of the stormy waters.

Just a few days before publishing this article, the US500 was down 1.9% in Friday afternoon trading, putting it 20.3% below its all-time high recorded on January 3rd. While the index managed to quickly recover its losses, investors are nonetheless worried that next time, the market might not be so lucky.

In the meantime, the USTECH100 has already entered a bear market as it’s down 31% from its peak of 16,057.44 scored on November 19, with the US30 poised to follow suit. However, there is still light at the end of the tunnel as many analysts remain hopeful that this time, we might be able to avoid a recession. For instance, some areas of the global economy are doing much better than expected, unemployment is again hovering at all-time lows, and the housing market, while hot on its heels due to the rising mortgage rates, is still going strong.

What do people invest in during a bear market?

When stocks are in a free fall, it’s easy to give into the urge to sell everything and move to another country where life is cheaper. And while sometimes this might be the right course of action, the more likely outcome is that your profits will be quickly swallowed by the rising rates and inflation. So, what are the alternatives and what can you do to keep your portfolio afloat?

– Short selling of stocks and indices: short selling is a popular method investors use to hedge their portfolios against rising inflation. Learn more about short selling

– Defensive stocks: when everything goes wrong, a good strategy is to bet on less volatile assets, such as General Dynamics, Walmart, Boeing or Lockheed Martin

– High dividend stocks: another approach is to pick and choose stocks of companies you know pay out higher dividends than what is considered to be normal for the industry. This will help ensure that you will offset at least some of the losses incurred from holding these stocks during a bear market

– Gold investments: historically, the yellow metal tends to perform well during an economic recession, which is why it has become a traditional safe haven for many investors

– The “diamond hands” strategy: coined by the people frequenting the “WallStreetBets” subreddit, this tactic has you holding onto your assets against all odds in the hopes of surviving until the bull market rolls right around the corner. With a bit of patience and some luck, this could well prove to be the case, especially when you consider the fact that bear markets tend to be far more transient than bull runs

A close encounter with a bear market, not unlike the living animal itself, can be a truly terrifying experience, but it doesn’t necessarily have to spell the end of your trading career. While it is difficult to predict in which direction the markets could swing at any given time, knowing how they behave and how long bullish and bearish cycles tend to last, coupled with good habits like following key economic metrics and picking high-quality assets, will give you all the fighting chance you need to chase the pesky bear far away from your campfire.

Take matters into your own hands. Practice trading over 1000 financial instruments in a real market environment with virtual €10,000 (up to €100,000 for MetaTrader 5) today:

Disclaimer: This article is for information purposes only. The information herein provided does not constitute a buy or sell recommendation for any of the financial instruments herein analysed.