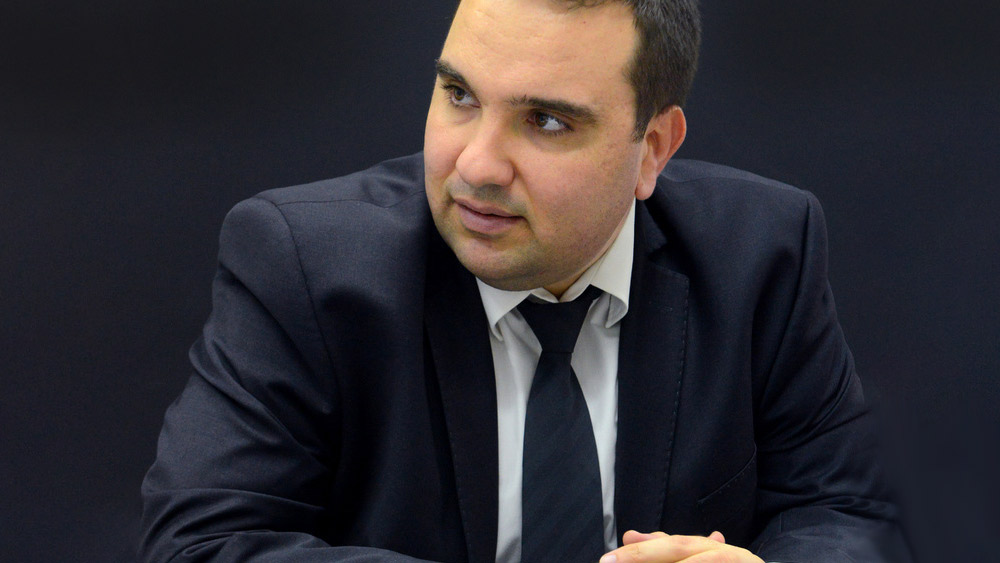 Since the beginning of this year the world is living under the threat of the new coronavirus SARS-CoV-2, more popular with the name of the illness it causes – COVID-19. It is dangerous both to the people and the economy and, though in the beginning the concerns about the economy were only moderate, in the past few weeks pessimism, at moments reaching apocalyptic forecasts, took hold of analysts, investors, business people (big and small) and common people alike. The questions which is more important – economy or health – spark fierce debates.

This is why we asked Martin Tarpanov – a professional dealer with over 15 years of experience, head of the Fixed Income Securities Trading department in Deltastock and member of the company board – for his views on the global economy, the measures and the consequences of the pandemic.

Over two-thirds of the population in the G7 countries (USA, Japan, UK, Italy, France, Germany and Canada) believe that the coronavirus crisis will have a negative effect on their household finances.

According to a survey of the market analysis company Kantar quoted by Reuters, the most pessimistic are the residents of the very badly affected Italy (82%), followed by those in the USA (74%) and the UK (70%), while the most optimistic are the people in Germany.

Only a few weeks into the strict quarantine measures, restrictions to the movement of people and goods and the forceful closure of entire industries and small businesses in some countries have thrown off balance the global economy and the concerns grow bigger by the day. While Covid-19 was initially spreading in China and other Asian countries, the forecasts were for a slowdown of the economy, but when the contagion reached Europe and the USA, analysts started drawing ever more apocalyptic scenarios and talking of recession and even depression.

The global markets went into a meltdown and posted historical drops that haven’t been seen since the last big financial crisis of 2008-2009. Trading on some US stock markets was suspended repeatedly as the sharp decline of the leading indices triggered the circuit breakers whose main purpose is to prevent such drops. Some currencies, such as the British pound, posted grim records, unseen since the mid 1980’s. 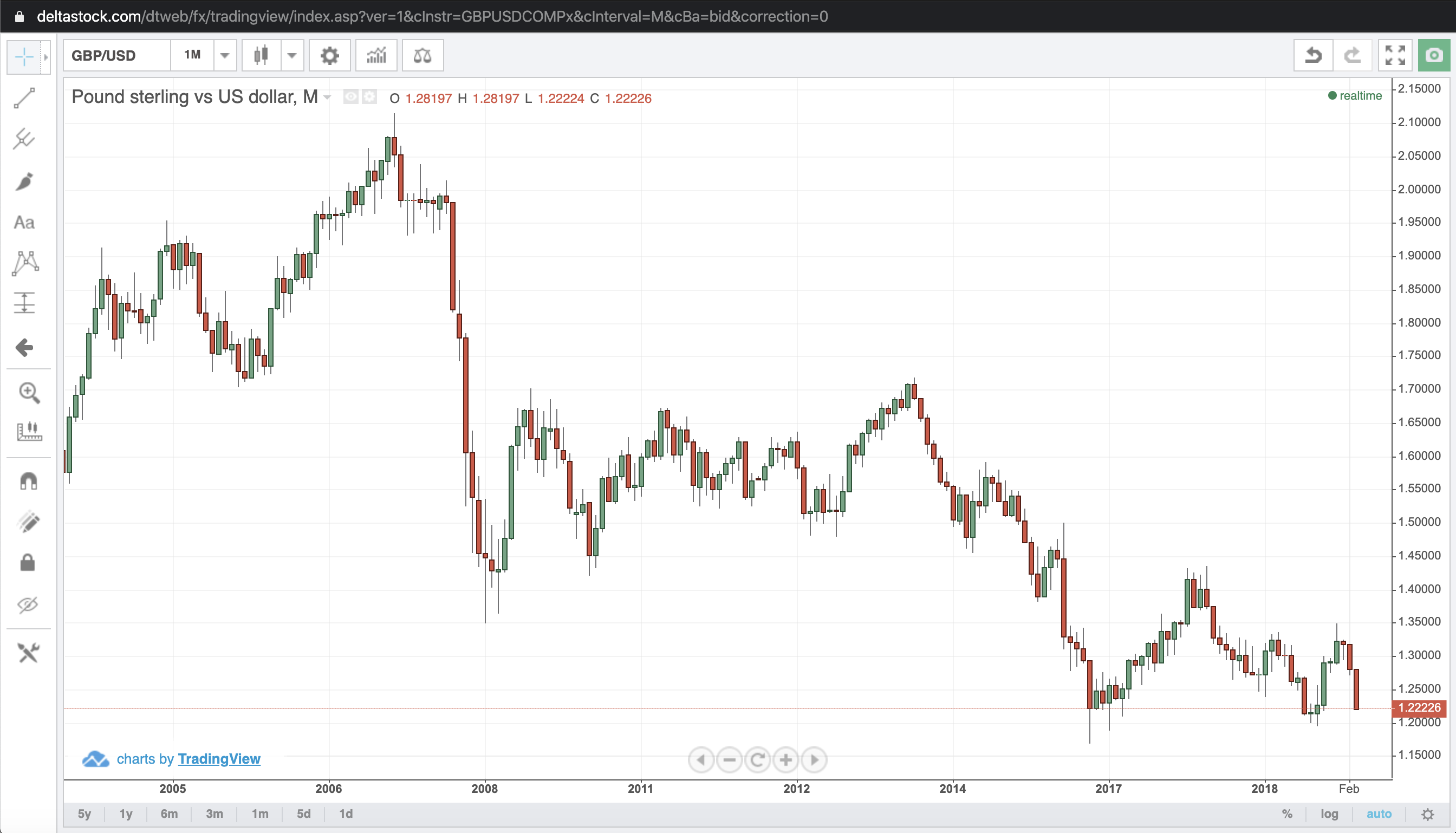 IHS Markit data published last week shows that the euro zone is sinking in its worst crisis since its creation 21 years ago. The German business morale has posted its largest decline since the reunification of Germany in 1990, according to data of the Institute for Economic Research Ifo. The German Ifo business climate index dropped 10 points in one month and is the lowest since July 2009. “The German economy is in shock”, the institute noted.

Martin Tarpanov shares the opinion of the world organisations and the international analysts: “The forecasts of all analysts are unanimous and categorical – a sharp and deep recession lies ahead and its magnitude can be compared to that of the 2008 crisis and even to the Great Depression of 1931,” he said. “Of course, most experts share the view that the depth of the coming crisis depends on the duration of the pandemic, the economic damage it will cause and the promptness and the implementation of the government and central bank measures.”

In the pessimistic scenario, if the pandemic and the restrictions continue for a longer period – 6-9 months, the global economy will be completely paralysed and the shutting down of main production facilities, the interruption of the supply chains, the sharp rise of unemployment rates and, respectively, the falling consumption, inevitably will result in two-digit GDP drop in many countries. According to Martin Tarpanov’s estimates, in this case the recovery would take 1.5 – 2 years, i.e. the end of 2021 at the earliest.

In an optimistic scenario and weakening of the pandemic within 1-3 months and, thanks to the aggressive monetary and fiscal measures of the international organisations, the governments and the central banks, Martin Tarpanov expects the so-called V-shape or U-shape recovery – sharp decline and then equally sharp and swift recovery. In this case, the global economy should recover by the end of this year.

Both in the optimistic and pessimistic scenarios this sharp and sudden crisis will affect all sectors. Worst affected would be the transport, tourism and the automotive industry, but, according to Martin Tarpanov, some will suffer a milder impact – some producers of medicines and medical equipment, the different platforms for streaming and home entertainment, as well as the food industry.

Facing the prospects of a serious recession, the international financial institutions, the national governments and the central banks announced various measures.

In the beginning of the coronavirus crisis in Europe and the USA, the Federal Reserve (FED) cut the interest rate and so did the Bank of England, but the European Central Bank (ECB) decided to keep it unchanged, at least for now. At the same time, the International Monetary Fund (IMF) put aside $50 billion for the emerging economies, available through different programmes of the organisation.

Last week the US Senate unanimously passed a bill allocating the unprecedented sum of $2 trillion to support the unemployed and the industries affected by the coronavirus, as well as significant funds for the purchase of additional medical equipment.

The German government also loosened the purse strings and announced it will increase the government debt by 156 billion euro to support the economy. The measures include subsidies for the small and medium business, a fund to support big companies, a programme for unlimited credits for the business and additional funding of over 3 bln. euro for the country’s hospitals.

France presented a package of measures worth 345 bln. euro to support the companies affected by the crisis, 45 bln. of which as cancelled or deferred payments to the state. The remaining 300 bln. euro would be used as loan guarantees and support for suffering companies.

Also last week, the President of the European Council Charles Michel announced plans for a pan-European stimulus package, similar to the Marshall Plan to aid the economies of the member states.

Martin Tarpanov believes that the measures of the two major central banks – the FED and the ECB – and the governments of the major global economies are timely and adequate. “Their goal is to calm the financial markets and to create a safety net for certain strategic entities like banks and the financial system as a whole,” he notes. “Naturally, the nature of this crisis is not financial and is directly correlated to the duration of the pandemic, which renders the process of taking measures a lengthy and dynamic one.” But the most important thing, according to Martin Tarpanov, is that the central banks and the governments act in a coordinated manner.

The situation in Bulgaria

Bulgaria is not isolated from the grim situation – neither from the coronavirus pandemic, nor from the economic concerns sparked by the measures and restrictions on local and international level.

The first affected businesses were the entertainment venues, the non-essential shops, the restaurants, the bars and the cultural institutions. But as early as the second week of the state of emergency other businesses started shutting down, however temporarily – car parts factories and other heavy industries, while the weapons factory Arsenal said it will make redundant 2000 out of its 9000 employees. In both cases the reason was the global situation – low demand, volatile markets and disrupted supply chains. Meanwhile, the number of jobless claims started rising exponentially.

And this, most likely, is just the beginning of it all. – There are forecasts that as many as 60% of the businesses in Bulgaria may go bankrupt. According to Martin Tarpanov, such scenarios would be possible only if the government fails to take adequate and timely measures and allows the economy to descend into chaos. 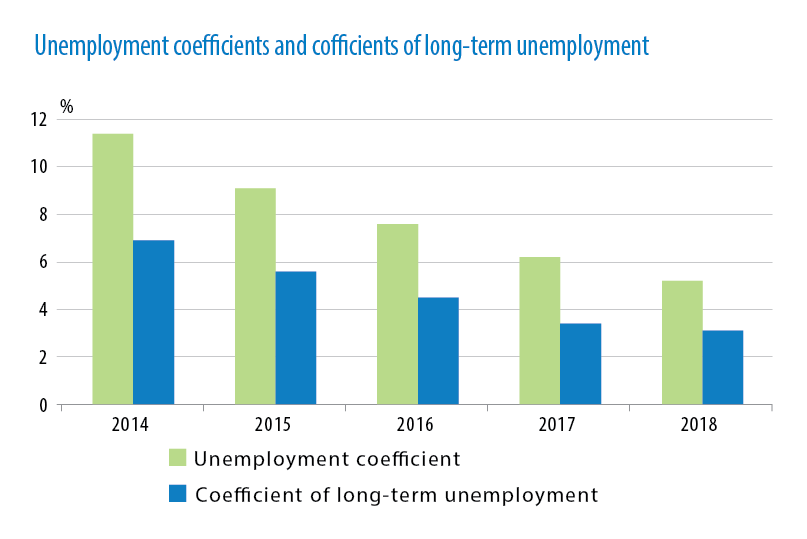 At the same time, he notes, Bulgaria enters this crisis with a very stable economy and from a resilient fiscal position. “The country posts a steady 3% GDP growth in several consecutive years and unemployment is at a historical low of just 5%,” Martin Tarpanov said. “The currency board has a 150% coverage and the fiscal reserve at the end of February stands at a little over 10 bln. BGN. The bank system also enjoys good liquidity and excellent capitalisation.”

The measures in Bulgaria

It appears that for now the Bulgarian government is taking a relatively conservative approach and is not inclined to hand out generous sums. Last week the Prime Minister Boyko Borissov announced a 4.5 bln. BGN aid package. Part of the sum will be allocated for the increasing of the capital of the state-owned Bulgarian Development Bank, another for loan guarantees and 1 bln. BGN would go for the affected companies who do not fire their employees, plus some funds for social expenses, etc. Bulgaria’s central bank announced a 9.3 bln. BGN package to “maintain the resilience of the banking system, to enhance its flexibility and to curb the negative effects of the pandemic restrictions for the citizens and the companies”.

Martin Tarpanov describes the measures for the present moment as “fully adequate” for this stage of the crisis. “The taking of additional measures and, respectively, the increasing of the public expenses should be a dynamic process stemming from detailed and adequate evaluation of the economic damage on the different entities,” he notes, adding that Bulgaria’s being in a currency board imposes certain restrictions on any subsequent measures: “The Bulgarian National Bank, unlike the FED and the ECB, cannot conduct monetary policies and can only use a very limited monetary instrumentarium. This is why any possible measures could be of fiscal nature – direct loans from the budget for major structurally important companies, direct transfers to socially vulnerable groups, a special fund that can acquire shares in certain companies and to provide additional guarantees for loans. Special attention is required for the small and medium enterprises who are the backbone of the economy.”

On the subject of where the Bulgarian government could find additional funds to handle the crisis, Martin Tarpanov points out that the fiscal reserve of 10 bln. BGN and the good fiscal situation could serve as a buffer, but, in addition to that, the measures could be financed with a loan through debt instruments. “The analyses show that when the financial markets calm down, the government could find between 5 and 7 bln. BGN at a bearable price,” he said. “The local banks and the institutional investors enjoy excellent liquidity and could absorb a large part of an eventual internal debt, while the low debt and stable public finances of the country make it a desired issuer at the international debt markets.”

Nobody can forecast when the coronavirus pandemic will end, but the growing global economic crisis caused by it is an undeniable fact. There are hopes that it will be short-lived and the economy will recover relatively fast, but the reality can bring us more unpleasant surprises. The debates which is more important – health or economy – continue.