If you haven’t heard the words “blockchain”, “blockchain technology”, and “distributed ledger technology” (DLT), you must have been living under a rock for the past few years.

But most likely you have heard them repeated over and over again, touted as the greatest thing since sliced bread and the solution to all global woes.

Blockchain could do everything—create money, manage assets, transfer money, track the movement of bananas from the small farm in Ecuador to the supermarket, thus ensuring you are eating fair trade bananas, help you rent a car, manage the smart appliances in your home, offer solutions for personal identification and so on, and so forth.

Most commonly, blockchain is associated with cryptocurrencies and some people might have thought that they would never hear of blockchain again, after the cryptocurrency bubble burst in 2018. But this is not the case.

Companies like Google, Facebook, Visa, Santander, IBM, Airbus, MoneyGram and many more have already implemented or are looking to implement blockchain solutions in their business. So, it seems, blockchain is not going to disappear anytime soon.

But what is blockchain, exactly?

Blockchain is a type of distributed ledger consisting of cryptographically hashed and time stamped blocks of data. One block can contain information concerning multiple transactions. Each new block draws upon the previous ones, thus ensuring the blockchain cannot be altered or tampered with.

Since it is distributed among many users, i.e. each user has a copy of the ledger, any new information added and recorded to the blockchain is controlled by all users who have this ledger. Furthermore, this information is accessible to everyone—anything built on a blockchain is transparent and people involved with it are accountable for their actions.

Blockchain is an ingenious way of transferring information in a fully automated and safe manner, but has no transaction costs. In order to pass this information, one party creates a block, which is verified by thousands or even millions of computers across the world.

The verified block is added to a chain stored across this network of computers and creates a unique record and a history of it. Because the block is visible to everyone, falsifying the information stored within it would mean falsifying the entire chain of blocks. This has been attempted, but has never gone undetected.

As we have already noted, blockchain can have many applications—finance, payments, settlement, record keeping, supply chain tracking and many more.

One of the advantages is that it keeps a record of every transaction on the thousands of devices connected in the network. Another advantage is that the ledger signs each transaction cryptographically. This serves as proof that the person transferring the sum is its de-facto owner and makes stealing it a bit harder, but not impossible.

The cryptographic signature prevents a user from spending their money twice, which allows for easier tracking of how the currency is being spent, and also prevents people from cheating or hacking the blockchain system.

Another significant advantage of blockchain, which makes it particularly attractive to the financial institutions, is the speed of transactions. Thanks to the nature of the underlying technology, transfers of data is almost instantaneous, which makes money transfers fast and cheap— much more so than bank transfers or other payment methods. Naturally, there are companies and services like Everex, SBI Remit and IBM Blockchain World Wire who already offer it.

In fact, Ripple, a distributed open source protocol, is developed by Ripple Labs exactly for this purpose—to be a real-time gross settlement system, currency exchange and remittance network. It should not be confused with its native cryptocurrency XRP, formerly known as Ripple.

The protocol promises “secure, instant and nearly free global financial transactions of any size with no chargebacks.” Ripple already has partnerships with the money transfer provider MoneyGram, the Japanese financial services group SBI Holdings, to name a few, and has attracted investments from Google Ventures, Santander, Standard Chartered and others.

Ethereum: the company that made blockchain flexible

Before 2015, when the Ethereum open source public blockchain-based platform was launched, blockchain was mainly confined to cryptocurrencies. Naturally, the mastermind of Ethereum – Vitalik Buterin and his colleagues also launched a cryptocurrency—the Ether token, which initially was used to crowdfund the project and is also fundamental to the operation of the Ethereum blockchain.

The appearance of the Ethereum platform which allows users to create their own smart contracts—blockchain-based programs with own functionalities—opened the blockchain technology to the public and its various applications to everyday life.

So, what else can blockchain be used for? 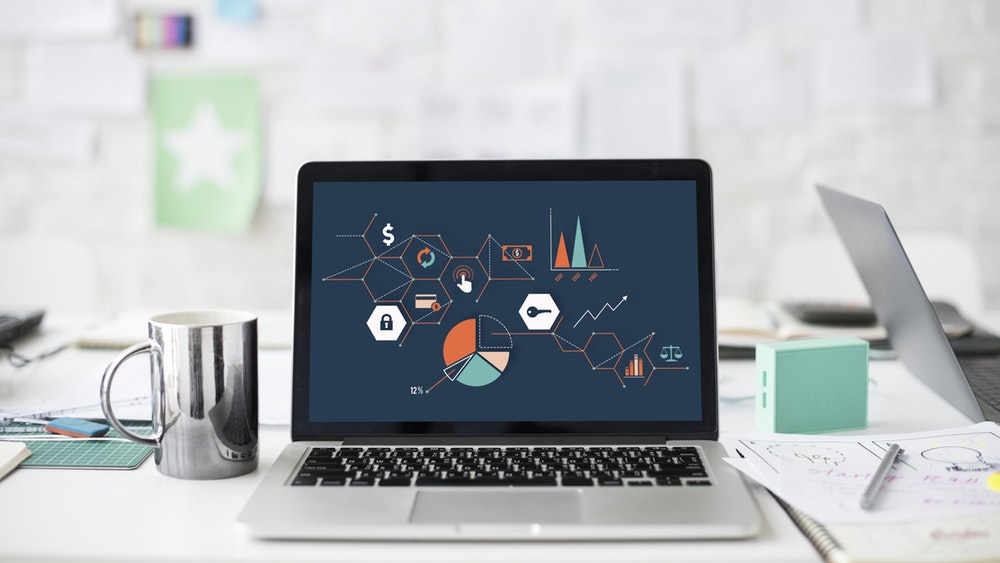 Asset trading and management, as we know them today, can be quite costly and has room for errors. With the distributed ledger technology, where information is encrypted and transmitted almost instantly, there can be no erroneous records and trading will be much faster. Better still, the need for intermediaries can be eliminated and with them— fees and commissions. The use of blockchain is also beneficial from audit and regulatory points of view.

Knowing all this, financial giants like JP Morgan and Goldman Sachs are now pouring over $60 million in an attempt to replace their outdated and cumbersome trading software with a lighting fast, blockchain-based solution.

In this day and age, digital identification is becoming increasingly important, and its reliability—even more so. The lack of common comprehension, the rising number of all kinds of transactions involving personal information via the internet, the vast amount of such information bouncing around the cyberspace in various databases and the hackers, pose a significant problem to safety.

The use of blockchain technology provides a solution to many of the security issues and allows for the authentication of identity in an irrefutable, immutable and secure manner.

Smart TV sets, fridges, air conditioners, lights, webcams, sensors, medical devices, automobiles and numerous other devices connected to the internet for various purposes, all of them sending and receiving information to turn on, shut down, speed up, etc.  According to Cisco, by 2020, there will be 50 billion devices online. Just imagine hackers gaining access to the computer of your car or the transmitter of your pacemaker.

Blockchain technology, however, could be the solution to the numerous problems facing the IoT industry. It can be used for tracking the billions of connected smart devices, speed up the processing and transaction of information and last, but not least, vastly improve their security.

We have already mentioned fair trade bananas, but the application of distributed ledger technology in the supply chain reaches far beyond that.

In today’s globalised world, the supply chain of most goods and products is quite long, passes through a lot of bureaucracy and many middlemen at various locationsm and requires the exchange and coordination of lots of data. The application of the blockchain technology can solve many of those problems.

It could provide traceability and transparency (thus ensuring the fair trade bananas you are eating indeed come from a small farmer in Ecuador and not from the massive unethical banana farm). Additionally, the exchange of information is fast and secure, as well as cheap and allows for real-time tracking of the movement of goods.

What does the future hold for blockchain?

It looks like blockchain is not going away, despite cryptocurrencies losing some of their lustre to the general public. The examples above and many other potential applications of the distributed ledger technology suggest that it can be incredibly useful and has a bright future ahead of it.

Eager to explore what the crypto markets have to offer? Benefit from 1000+ financial instruments and test the waters in a safe market environment with a free €10 000 demo account.