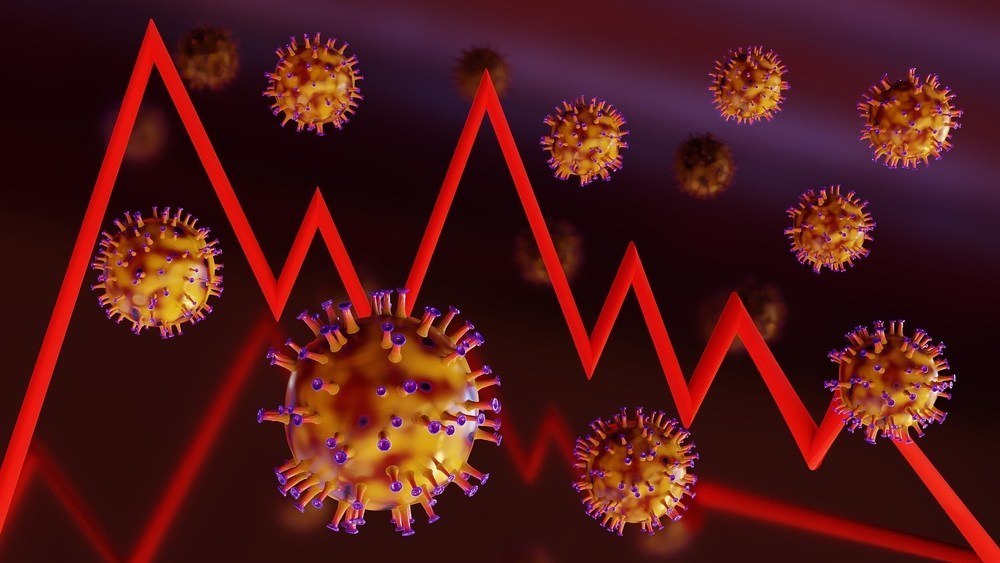 What is a V-shaped recovery (and why does everyone talk about it)?

A V-shape recovery is a type of economic pattern where a sudden crash in the value of assets is followed by a quick rebound. That’s what economists were hoping to see several months into the COVID-19 pandemic, which was only logical—after all, central banks and governments all flocked to provide unprecedented financial support to protect the markets from a rough landing, all the while helping people retain their jobs until the virus goes away.

At least that was the plan.

However, months later the coronavirus is still going strong, shattering any predictions that its ability to spread will be hampered by the warmer weather. At the heat of July, close to 12,2 million* have been infected with the virus, more than 552,000 have died, temporary job losses risk of becoming permanent, and the current economic state is frequently likened to the Great Depression.

In the midst of all this, investors around the world are also receiving mixed signals:

– In Asia—a continent that has managed to control the spread of the virus—rebound performance has been rather mixed.

– South Korea, which supposedly flattened its infection curve months ago, is now starting to observe new waves of infected patients.

– While China’s manufacturing activity and other manufacturing gauges climbed in June, new orders continue to show signs of weak performance.

According to Joerg Wuttke, president of the EU Chamber of Commerce in China, this worrisome outlook suggests that businesses are currently braving uncharted waters. Because of this, he expects global economic uncertainty to last for another couple of years.

All of this conflicting data has effectively split financial analysts into two camps—those who think a V-shape recovery is still possible in 2020 and those who deem that ship has already sailed.

“Zero chance” of a V-shaped recovery – the pessimists

“I would hesitate to call this a recovery, because ultimately the virus will determine the pace at which we can go. A V-shaped recovery is certainly not something that I think is happening.”

In the U.S., officials published some of the most pessimistic outlooks in years, citing “extraordinary” uncertainty and “considerable risks” to the national economy. Back in June, policymakers voiced concerns that, if the downturn rates persisted, this could permanently scar the economy by leaving workers out of jobs for long stretches of time, eroding their skills.

Chair of the Federal Reserve Jerome Powell has repeatedly warned that consumers will shy away from high-touch activities, such as packed food chains, concert halls and casinos—until health risks diminish, making a full recovery unlikely until a cure has been developed.

His statement came just before cases of the deadly virus soared throughout Southern and Western states that had just begun to reopen. Now, Texas has closed bars and reduced restaurant occupancy as the state hits maximum capacity in some hospitals. Florida has closed some beaches and restricted alcohol sales in bars, while California counties are also closing bars again.

This trend is not isolated to the U.S. alone—just recently, Austria has shut most of its borders, Greece has closed its border for residents of Serbia due to the latter reporting new spikes in COVID-19 cases, while Australia has closed down two of its most populous states—New South Wales and Victoria. Of the two, Victoria has recently recorded 127 overnight cases, its biggest daily increase since the start of the pandemic.

“I’d say [there is a] zero chance [of a “V”-shaped recovery]. The real risk now is [if] we start backsliding and start contracting again. The resurgence of the virus has eliminated the potential for a “V”.”

A V-shaped recovery is still “perfectly possible” – the optimists

On the other side of the fence, Chatham House Chair Jim O’Neill has argued that a “V-shaped” economic recovery is still “perfectly possible,” saying that early indicators make it “pretty clear” that many economies are in a comfortably better position than some analysts had feared.

The former Goldman Sachs chief economist also went on to say that investors monitoring high-frequency indicators of economic activity will likely understand that “it is pretty clear that things are way worse in the United States and in a number of places around the continent.”

O’Neill also referenced the latest developments from AstraZeneca, with the pharmaceutical company recently announcing its plans to produce 2 billion doses of a COVID-19 vaccine over the coming months. According to its CEO Pascal Soirot, distribution of the vaccine is expected to happen in the U.S. and the U.K. either in September or October, with the balance of deliveries (an assessment of all available quantities) likely to be made by early 2021.

Morgan Stanley economists are also sticking to forecasts of a V-shaped recovery, pointing to positive surprises in recent economic data, especially in the U.S. and the European region, while Goldman Sachs economists revised down their estimates for the U.S. economy this quarter, but predicted it will be back on track in September.

Despite the optimistic forecasts made by some, complete rebound to pre-crisis levels is likely impossible until the virus is controlled—an outlook that’s especially true for sectors such as tourism, transport and entertainment where restrictions are expected to stick around.

What’s making matters worse is that the labour markets have been hit way worse than initially expected to the point where, according to the International Labour Organization, it will be impossible to repair them in the second half of 2020 even under the most optimistic scenario. And even though U.S. companies added 4.8 million people to payrolls in June, only three in 10 jobs lost have been recovered, while applications for unemployment benefits remain high.

There are other challenges, too. Record levels of debt will restrain how much additional support governments can roll out as they brainstorm ways to extend or discontinue costly near-term measures to fund workers and keep businesses afloat. In the meantime, central banks have slashed interest rates to new lows, with some embracing negative borrowing costs.

But even with all these unprecedented actions, it’s becoming less likely for the global economy to exit 2020 on the green, much less so unscathed.

Looking to trade on the global markets, but have little to no experience? Open a demo account in Delta Trading and test your boldest strategies in a real market environment, without any risk of losing your actual funds.