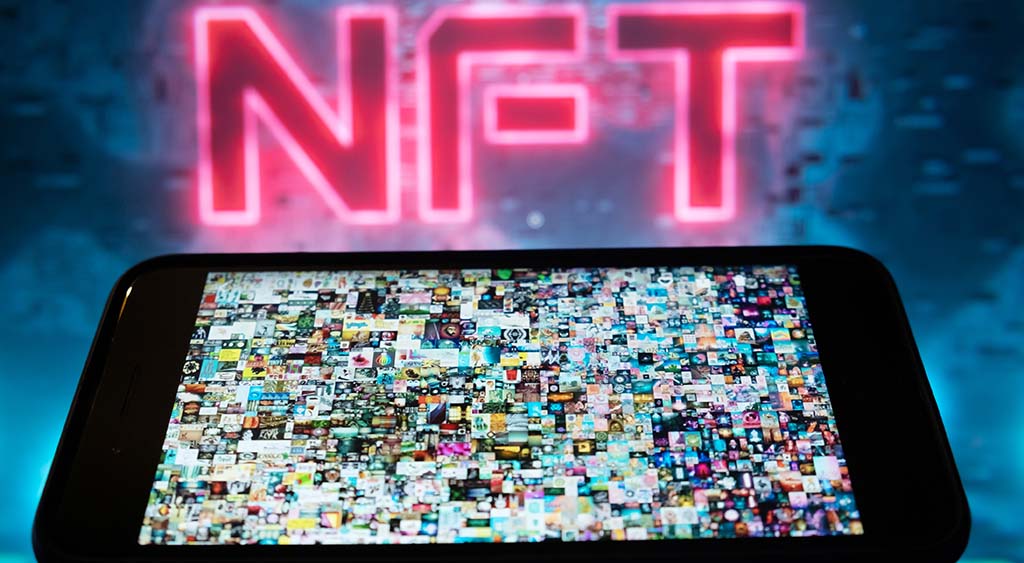 Non-Fungible Tokens (NFT) are unique tokens recorded on a blockchain representing a unique digital copy or a digital certificate of authenticity of an object, work of art, image, publication, video, meme, or another artefact of today’s popular culture.

That being said, the holder of the NFT does not, in fact, own the object itself, but only a digital token certifying its authenticity. Quite often the copyrights remain with the creator of the object/work of art and, sometimes, the NFT can contain a piece of code that sets aside a percentage of the sum from every consecutive sale of the NFT in question.

Many believe that NFTs are the future and the digital answer to collectables like cards, paintings and other works of art, while others think that this is yet another bubble that is about to pop any minute now. Some even say that it has already burst.

A market worth millions

In the first quarter of 2021, the NFT market reached the eye-watering $2 bln., according to the NonFungible website.

In March, the graphic artist Beeple sold an NFT of his collage The First 5000 Days for the record sum of $69 mln at an auction in Christies. Interestingly enough, the work of Mike Winklemann (Beeple’s real name) is part of his Everydays project that started in 2007. Back then, he announced that he will be publishing one digital image every day until his life comes to an end and, so far, he hasn’t missed a day. The collage that was sold for the record sum represents the images from the first 5000 days of the project. It was bought by the Singapore crypto-entrepreneur and owner of a virtual gallery for digital art, Vignesh Sundaresan, who paid in ETH.

Such hefty sums are usually paid for the original works of the likes of Picasso and Monet, while the largest sum Beeple had sold his work for until last October was $100. In November and December, however, he started auctioning off NFTs of his works for increasing amounts of money.

Another record sale was that of an NFT of the popular Doge meme with the slightly surprised Shiba Inu dog, sold for 1696 ETH, or around $4 mln at the ETH price when the auction ended. So far, this is the most expensive meme in popular culture.

Also in March, Twitter CEO Jack Dorsey sold an NFT of his first tweet for $2.9 mln. The message “just setting up my twttr” was published on March 21, 2006. The profits from the sale will be donated by Dorsey to the African countries for combatting COVID-19.

In June, the world wide web creator Sir Tim Berners-Lee put up for sale an NFT of the original code of the internet. The package, aptly named “This Changed Everything” contained original files with the code written by Berners-Lee, an animated presentation of the code, a letter written by him and a digital poster of the entire code. Everything was digitally signed by Berners-Lee and the profits from the sale will be donated for charity. The auction took place in the Sotheby’s auction house, with a starting price of $1000 that later reached $5.4 mln.

Locally, the Bulgarian weekly “Capital” sold at an auction an NFT of its cover from the start of the protests against the controversial businessman and MP Delyan Peevski in 2013 and one of its most recent covers inspired by the sanctions against Peevski under the Magnitsky Act. The former sold for 1.6091 ETH and the latter – for 1.2121 ETH or around $5,300 per the ETH price at the closing of the auction. The NFT holder also got luxurious prints of the covers signed by the “Capital” editorial team.

A bubble or the future of investing in collectables?

The record sum paid for Beeple’s collage, which in essence is a glorified jpeg image, made many ask themselves whether NFTs are the future of collectables or just another trendy bubble about to burst at any moment.

Even Winklemann himself agrees that this is a bubble. “I actually do think there will be a bubble, to be quite honest”, he told BBC. “And I think we could be in that bubble right now.” Then he bragged before The New Yorker that he cashed in the ETH he got from the sale into good old American dollars – a total of 53 mln. of them.

“We’re in a frenzy of speculation. I don’t know how long these prices will be sustainable,” said Robert Norton, the chief executive and co-founder of Verisart, a company that certifies artworks on the blockchain, told The New York Times. “We’re living in a moment of collective hysteria.”

In fact, in June the enthusiasm for shelling out massive sums for NFTs abated somewhat and shrank both in volume and number of participants, according to data from Nonfungible and Dapper, quoted by Quartz.

On the other hand, the proponents of the new trend claim that, despite losing steam, the NFTs are far from over and still have a bright future ahead.

“The first to declare something a bubble are outsiders who have missed out”, notes Dominic Frisby of Money Week. “How many times have the media declared that the bitcoin bubble has burst? Now the media are declaring the NFT bubble has burst. Figures recently published by nonfungible.com show that the average price of an NFT has “plummeted” (they always use the word “plummeted”, it’s so much more sensational than “gone down”). Well, whatever. It’s a 75% correction. That’s normal in cryptoland. $1000 last week is still ten times higher than the average price of $100 being paid six months ago.”

The NASDAQ website, however, is more cautious and warns that, even though the NFTs have a certain potential and could be a good investment, especially for those who got in the game early, we should not forget that the collectors’ world is ruled by fickle trends and what is hot today may be forgotten tomorrow.

And while the smart ones are wondering what will happen next, Marvel announced that they are planning to launch NFTs of cards and 3D action figures of their characters, as well as comic books, with the sole purpose to secure a new cash flow.

Do you prefer to trade CFDs on more traditional assets, such as forex, shares, and indices? Open a demo account in Delta Trading and test your best strategies in a real market environment, without any risk of losing real funds.